How to Use the Internet

Watch our videos on how to start really using the Internet.

What is a game that is six years old, has 300+ million monthly players, and is completely free? That’s right, it’s Google Chrome’s T-Rex Game, also known as Google's constant runner dinosaur game. The idea was based on the prehistoric age when you had no Wi-Fi and were seemingly offline. The Googlers that built the game actually created it to max out at 17 million years, the same amount of time that the T-Rex was alive on Earth!

Accessing the game is pretty simple, but quitting the game is extremely difficult. The addictive nature of an endless runner game leaves users’ eyes across the world molded to their screen for hours on end. As demoed in our How to Use the Internet Series: How to Play the T-Rex Game on Google Chrome, here is your step by step process to getting started. Hint: It’s awfully easy.

How to Play the T-Rex Game on Google Chrome

If your internet has gone out on Google Chrome….follow the steps below:

If your internet has not gone out but you still want to play the game:

And there you have it! While playing this game may not be the best use of your time, it is a great way to pass time while you wait for your network connection to return. In just a few simple steps, you are virtually running on your screen with no finish line in sight.

Want to learn more daily tips and lifeskills? Check out the rest of our How to Use the Internet Series. This Youtube series of short video demonstrations are designed to teach users various online skills through visual storytelling, like deleting your Facebook account, ordering groceries online, and more.

How the CloudApp Team Works

Looking for the best visual communication tool? CloudApp and Loom are both popular options. Read to discover which is right for your organization.

The Best Snipping Tool For Windows

The Importance of Team Collaboration

Team collaboration lies at the heart of a successful business. Choose CloudApp today to unite your team through shareable videos, GIFs, and screenshots.
See More 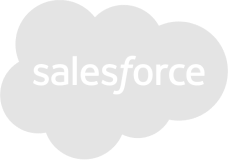