The rise of visual communication at work 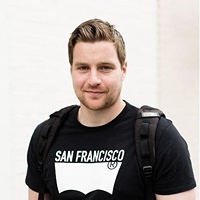 Ash Read
Writer @Buffer and a bunch of other places. Trying to make a life, not just a living.
July 13, 2020

The way we communicate is constantly evolving with the the biggest shift currently being the move towards visual communication.

A few years ago, emojis were exclusively seen as for young people, and not appropriate in the workplace. But nowadays, 76% of American’s say they’ve used an emoji in workplace communications

Why visual communication is on the rise

“Blogs were one of the earliest forms of social networking where people were writing 1,000 words. When we moved to status updates on Facebook, our posts became shorter. Then micro-blogs like Twitter came along and shortened our updates to 140 characters. Now we are even skipping words altogether and moving towards more visual communication with social-sharing sites like Pinterest.”

The shift towards visual communication has largely come about because of advanced in technology and changes in behavior.

As social media and mobile technologies have advanced, we’ve found ourselves stuck in a state of flux. Every day we’re inundated with thousands pieces of content and concurrently finding ourselves pushed for time to digest everything that comes our way.

The below graph from KPCB shows how mobile technology isn’t really making a dent in time we spend on desktop. Instead, it’s actually eating up our free time:

As the influx of content continues to grow, we’ll be increasingly pressed for time. This means we need to get to the point quicker than ever when we communicate. As such, pictures, gifs and emojis have become a short form way of communicating lots of information quickly and succinctly.

From slang to visuals

If you want to look at a great example of how we’re transitioning towards visual communication, look no further than Instagram.

In a study produced by Instagram themselves, they discovered that many popular emojis have meanings that directly match those of early internet slang and have been adopted as a way to replace these words.

Here are a few emoji and the slang Instagram found them to represent:

The rise in emoji popularity also correlates directly with the decline of internet slang, highlighting exactly how communication is shifting:

How visual communication is affecting work

Like communication with friends and family, office collaboration and communication has changed a great deal over the last few years, too.

It wasn’t that long ago that email had a formal feeling to it and the use of exclamation marks was a hotly debated topic. Now, times have changed and tools like Slack and Hipchat are leading the charge in transitioning work-based communication into a more relaxed, IM-style setting.

“The risk of being misunderstood is high in any digital communication; it’s hard to interpret humor and emotion because the appropriate speech conventions don’t exist in written language. You get much more meaning out of someone’s tone and body language than you do their words,” said Jim Patterson, co-founder and CEO, Cotap.

“To some people, emoji might seem frivolous and not meant for serious work communication, but they are actually a powerful way to express emotion and intonation in a text. Combined with creative use of punctuation, emojis serve the same function in text as body language does in conversation; they can convey real emotion and empathy, which is a more natural way to communicate.”

A Scandinavian study found that there are three main reasons people turn to visuals in workplace communication:

Visuals haven’t (yet) completely replaced text-based communication, but rather, they provide a way to indicate the way communication should be interpreted.

How visual communication can save time

I used to work extremely closely with a customer service team at an online gaming company, and one of biggest time holes we’d fall into on a regular basis was the back and forth explaining bugs and trying to replicate them.

Trying to explain something that happens on screen in written text can be time consuming and it can get very difficult to articulate exactly what you’re seeing. In the respect, a picture really is worth a thousand words.

Visual communication can save a tremendous amount of time and energy. Apps like CloudApp make capturing and sharing exactly what you see incredibly simple. Derek Rey, CloudApp’s VP of Business Development, explained:

“A gif should be the customer support team’s best friend. It takes seconds to capture and share. It lives for as long as you want it to. You can paste in messaging clients, support tickets, or on your homepage.”

To help you deliver the best possible service, we’ve put together this quick guide on when to use screenshots, annotations and GIFs:

How has the way you communicate changed?

It feels like the acceptance of visual and more relaxed commutation at work has risen a great deal and helped us feel more comfortable in communicating in our own unique voice and tone — something Slack CEO Stuart Butterfield is passionate about:

“One of our aims for Slack is to help people ‘bring their whole selves to work’. That might sound a little lofty, but we believe there is a widespread feeling that people are meant to check a lot of stuff at the door when they arrive at work. Some of that makes sense, but there’s a risk of having people feel diminished or unable to contribute fully.”

It’s extremely empowering to know that communication is changing in ways that enable us to be more expressive and I’d love to hear your thoughts on visual communication has changed the way you work.

Please feel free to share your thoughts in a response 💬

Save Time with
Visual Communication
Create your first screen capture, screen-recorded video, or GIF today
Sign up for free
Related Articles
About CloudApp
CloudApp Takes the iOS Plunge
About CloudApp
Making You More Productive, One Product at a Time
About CloudApp
Welcome to the CloudApp Community