When Professional Brands Get Personal (And Vice Versa) 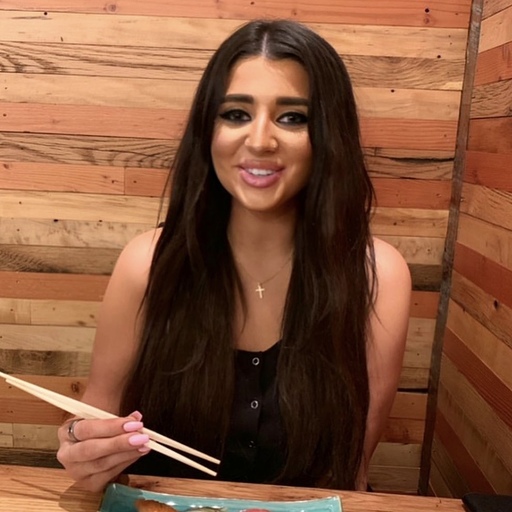 As a gen z-er, I honestly don’t remember life before the internet, and there’s only slight memory of a time where I wasn’t actively portraying some version of myself online.

For many, posting on social media has become as natural of a function as eating or sleeping. I would even make the case that this form of expression has had a positive impact on the career and life trajectory for many, a fact that exists in contrast to just about everything a generation was taught in the early days of social media.

In both home life and education, the conversation around young people and online conduct was geared heavily towards safety, with consistent warnings hoping to prevent naivety in the digital space from bringing harm to your physical person.

As I grew older there was a shift in the framing of the conversation.

By the time you’re in high school, it no longer feels that those with your best interest in mind are as worried about an internet presence harming your physical safety. The dialogue has instead evolved to focusing on the damage that it could bring to your academic potential and professional reputation. Counselors warn that a song lyric you tweeted at 15 is grounds for your dream college to reject you, professors later imploring you to make your Instagram private so potential employers can’t see that you’ve maybe held a red solo cup in your hand before.

Having an active online presence that was in any way accurate in its depiction of your real-life was always framed as having consequences as opposed to being perceived as an opportunity. Those around us would have considered our consistent posting online as having a negative influence on our life in a worst-case scenario and being a neutral force at best.

Therefore, I can’t pretend I’m not optimistic about the more recent change in which confidently owning a unique personal brand and showcasing a more authentic version of yourself online can be normal, empowering, and dare I say, even professionally advantageous.

To be clear: having a “brand” on social has nothing to do with being an influencer or “thought leader” or having commas in your follower count. That’s not what I’m talking about.

I’m referring to everyday working professionals who are seeing that they can tweet a joke about a bad Tinder date from last week or post a TikTok dance and realize that sharing a humanizing moment is in no way a hindrance to industry credibility. If you hop on any social site right now you’ll see entrepreneurs, startup founders, experienced execs, and even very junior employees like myself finding ways to make their personal brand work for their career, not in spite of it.

No longer treating our work lives and “real” lives as mutually exclusive is paying dividends for employees and employers alike. By not having to drastically code-switch between being an employee and being yourself all of the time, there is so much more energy that can be allocated to deep work and compelling content.

People aren’t one-dimensional, and it’s wildly refreshing to see the day-to-day realities that form the character and personalities of those we engage with from 9 to 5. While going fully remote and the unexpected blurring of lines between our home and work life contributed to this, it was already well on its way. I don’t believe that completely compartmentalizing was ever sustainable for everyone.

Shortly after leaving college and moving to the Bay Area to start my first corporate job at Uber, I began to meet and network with people who were using social media differently. I would look at their profiles online and realize that not everyone I saw was practicing the same hyper-vigilance in distinguishing between each area of their lives. Some of these people were on their professional A-games and wildly respected within their fields while still allowing vulnerabilities, quirks, and other “real life” things to come through on their personal accounts.

And I liked them more for it.

In addition, some of these professional communities existing within places like Twitter and Reddit have given me far more insight into marketing, content strategy, and advertising than I received in four years of formal schooling, and been extremely welcoming and engaging in the process.

Witnessing this firsthand inspired me to take full ownership of my personal brand online in strategically combining the elements of my life in a way that I not only found fulfilling, but that could also be compelling to someone who might want to consider working with me.

In the past year, I’ve been reading about many recruiters and hiring managers checking Twitter first before LinkedIn when they’re looking to fill a role, as someone’s personal online presence can be so much more insightful as to how a person works, writes, and thinks than a resume pdf or culture fit quiz. One agency recruiter has even gone so far as to describe to me that he views applicants’ Twitter accounts as “a sort of genuine, lifetime portfolio.”

This leads me to my current role today at CloudApp.

Following a viral tweet I had made on the night of the 2020 Super Bowl, I saw a significant increase in followers, many of these people being highly involved in the self-named “Marketing Twitter” and “Tech Twitter” communities. It was during this time that I first connected with Joe Martin, VP of CloudApp, and my now-boss, who about a year later I would DM about a job opening I saw at the company in his bio.

A similar situation happened for fellow CloudApp-er and our current Head of Marketing Automation, Michael Roberts:

“I have my job at CloudApp because I was reaching out on Twitter.

As I was wrapping up my marketing degree at college, I had a limited network and no mentors. The idea of networking and its value was always talked about in business school, but besides an occasional guest speaker, I hadn’t done much to expand my professional relationships.

So I then began searching online for marketing alumni. I found Joe Martin on Twitter and tweeted at him asking what kind of skills Adobe (his then-employer) at the time was looking for. (https://share.getcloudapp.com/6quQEEmZ)  He graciously sent back some advice even when there was nothing in it for him to do so. In fact, he was the only one that responded at all, even though I’m sure he was busy. That really stood out to me.

But we were now mutuals on Twitter. I would later get hired full-time, and over the next few years, we would continue to engage with each other’s content. Much of it wasn’t even about marketing, but rather sports like the University of Utah’s football team and the Utah Jazz.

He left Adobe ~5 years after we first connected, again, I knew because I had seen it through Twitter. Then the following month, he published a tweet saying he was hiring a team at his new job. I saw it 2 minutes after he had posted it. I immediately sent him a DM, which led to an in-person chat about the opportunity, and I got the job not long after.

I always used to think relationships were only valuable if there were meaningful experiences to back them up. Almost as if I needed to be best friends with someone before a professional opportunity could come out of it.

A relationship doesn’t have to be super involved to be meaningful. Simple things like a few comments back and forth online throughout a year allowed me to cut through the noise and make an impression which led to a job faster than any edits on my resume could’ve ever done.

It doesn’t take as much as you might think, and you don’t have to see the end goal in order to get started. Relationships mostly bring value in the long term, and it only takes a little bit of consistency to keep an online connection alive.

So if you haven’t already, I thoroughly endorse the idea of engaging with people above you, below you, and with no other intention than learning, teaching, and making new friends. The opportunities will just show up if you do.”

Connect with Michael on Linkedin

The Future of Networking

Michael and I’s stories are no longer unique. I for one, think it’s beyond exciting that situations like this are even possible and in fact, now occurring frequently for professionals all over. I’m confident that these sorts of interactions will even help pave the way for a healthier work-life balance and heightened inclusivity to industries like VC and tech. In the past month alone I’ve seen historically underrepresented entrepreneurs meet investors and job-seekers offered full-time roles all in the comments under a meme. This is the future. And it is cool.

However, as Michael mentioned, the benefits of building an authentic personal brand are seen more in the long game. But that’s also kind of the beauty of it.

Networking and relationships begin to feel far-less transactional, you follow someone because you appreciate their work or the type of content they post, and then if a connection happens to lead to an interesting career opportunity somewhere along the way it can feel fairly organic.

I feel really lucky right now to be working for a company that just gets it.

Joe was pretty early in the game as far as advocating for finding talent on Twitter and he’s found multiple employees this way. I’m always happy to get on social and see our CEO Scott post a product feature announcement and a fun moment with his kids within an hour of each other.

The evolution of thinking from our jobs being this one very distinctive part of our existence and the rest of our lives making up the rest of it, to each aspect of our lives all just being a greater extension of who we are, will lead to more fulfillment and productivity in every area. The upcoming generation will be better off for having been exposed to this healthier and more authentic lifestyle and their fellow professionals presenting themselves in a more holistic way in the public online forum. I for one am so genuinely optimistic about the future of work because of it.

And who knows, you might already be building rapport over a meme or dog picture with a guy who will be your boss this time next year.