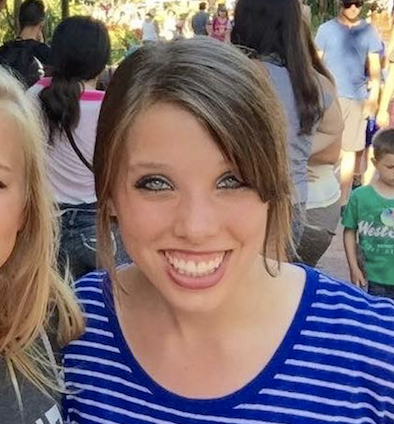 Ever since Brant Choate began programming systems for an elementary school in his teen years, one could say that he knows front-end like the back of his hand.

Brant currently works at Podium, a Reviews Management platform based in Utah. Its software helps businesses engage with customers in the most effective manner. Originally hired as an engineer at Podium, Choate was later asked to split his time between both engineering and product. And so the multitasking begins...

Since he wears several different tech hats at his company, he has a lot of perspective to offer. We at CloudApp were curious to learn what’s worked for him. His answers cover areas ranging from tech and educational preferences, to fine-tuned things that he encounters in the daily grind, like managing a robust team.

How did he get his start?

Choate’s college work experience is atypical to that of the average freshman working night shift for campus custodial. Choate ran his own web consulting business with partners ranging from small to large businesses throughout college. He said the experience gave him a lot of sales reps and taught him how to build web technology. (Not to mention character and thick skin.) He was later immersed in engineering at a variety of startups in UT and CA, after building server infrastructure at places like Vivint and Adobe.

Choate says that his engineering team currently uses Elixir, Oliver, and React. For them, Elixir is useful for building a flexibly maintainable application equipped to cope with bugs and other mishaps. In addition to those, they are also using PostgresQL, AWS, and Rails, which provides a foundation for application structure. For lower level things such as analytics, Segment and Google analytics are their go-to tools.

What technology does he plan on implementing down the road, and why?

He chooses technology based on whether it contains a strong supply of test data. He tends to trust different technologies more when they have enough sampling to predict the proper outcome. For now, Google NLP seems to be at the top of his list.

“We’re creating a lot of automation for simple business requests, meaning people are interacting with AI that is blended into human interaction. It’s good to find the right balance where it’s not spammy,” he says. This fits into Podium’s mission of optimizing engagement while still preserving genuity with its users.

What are some roadblocks that he faces as a PM?

Assembling a team that works well together isn’t always an easy task. We asked whether his team at Podium had any kind of mantra they use to stay focused and working well as a team. He laughingly admitted that the one they try to keep in mind is to “Murder Drama.” He talked about the unnecessary friction that can surface when engineers aren’t willing to be humble, take correction, and abide by the standards set forth by the group.

“One time our CEO was getting called out by the VP of sales in front of a lot people. There was potential for backlash and drama, but because of the culture we’d been building, we took it back, internalized the negative feedback, and then changed all plans for next 3 months. It wound up being right thing to do, and all team members openly agreed on it. He’d seen something we didn’t see, and we had that trust to listen and change course.”

He says it’s not easy to find people who recognize their weaknesses as quickly as they do their strengths. It’s best when someone in a leadership position understands that multiple parts work together to steer the ship. Autonomy takes a back seat since everyone is contributing to the outcome in a different way.

What is a problem for his dev team?

He says the biggest challenge is getting all of their separate code bases to talk to each other in the right way. He identifies it as a Microservice Discovery problem. "Another paint point is trying to make sure we have the best general practices in place. That means trying to have all designs flowing, baked and validated by the time they get to beta. Also, figuring out how can reduce the amount of churn on rebuilding and features."

What sources does he use for personal education?

Most of his outside learning involves a variety of podcasts like Intercom and a16z. He avoids books since it’s tempting to try and copy frameworks that have seemingly hit the jackpot. Choate has learned that several variables factor into the building of any startup, and the recipe for success is not a one-size-fits-all.

“For example, with Peter Thiel you read and think he’s brilliant and has the way… but then get on YouTube and see those debates between Thiel and others and learn that they have completely opposite viewpoints on a ton of things." Choate says he tries to internalize everything before deciding what it means for Podium and his situation.

As a crowdpleaser, what are some of your music tastes?

“My answer depends on whether my parents will be seeing this,” he joked. We assured him they would not. Maybe. He says he’s become increasingly interested in music production. Other types include Electronic Dance Music (EDM), Diplo, Skrillex, and Deadmouth.

Curious to see what else Brant and the Podium team are up too? Click here to see the latest!