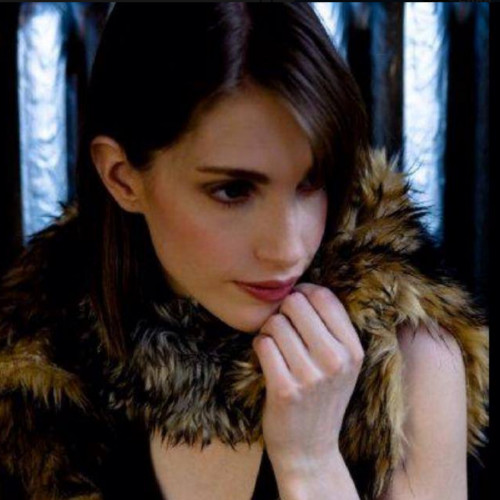 Ellen Gregory
Ellen is a contributor to CloudApp. Her interests lie in design, marketing and the way digitality has shaped the way we communicate.
Published
November 4, 2019
– Updated
Nov 2, 2020

What are the Gestalt principles?

To begin with, what are the Gestalt principles? There are seven principles associated with Gestalt theory:

These seven principles define the core purpose of the Gestalt theory, which is based on the idea that the human brain is designed to simplify and organize complex images or designs consisting of several elements. The mind does this by subconsciously arranging the parts into an organized system that creates a whole, opposed to simply processing them as a series of disparate elements.

How to use Gestalt principle in design

As with any discipline, graphic design is built on rules that help you create an effective composition that delivers a clear message to your audience. If your design or process is lacking that balance, you will be left with a weak and ineffective design. Without the basic elements and principles of design that help users intuitively understand or connect with your message, you are at a huge disadvantage over your competitors. We’ll let you in on a little secret - the best designs are simple, consistent, and clean. In this article, we will define principles of design and the 6 crucial elements and principles of design so you can master the art of design.

Gestalt principles are relatively simple to incorporate into almost any design. A quick review of Gestalt principle examples demonstrates how quickly the 7 principles will elevate a design that would otherwise appear haphazard or confusing. Transform a design with elements that are competing for a user’s attention into a design that offers the viewer a design that naturally guides them towards an action, or through a hierarchy of important elements seamlessly.

The first Gestalt principle is the figure-ground principle. This principle is based on the notion that people instinctively perceive objects as either being in the foreground or the background. In other words, objects either stand out prominently in the front (the figure) or recede into the back (the ground).

In most instances, your brain will interpret the larger area of an image as the ground and the smaller image as the figure. One of the most famous examples of the figure-ground Gestalt principle examples is the famous two faces or a vase illusion developed by Danish psychologist Edgar Rubin. The illusion is created because the faces and vase are competing to be both the figure and the ground, which presents with two shape interpretations—two faces or a vase.

The human eye naturally fills in the gaps or connects the dot and the brain automatically connects a link between elements of a similar nature. The principle of similarity is based on this idea. When things appear to be similar, we automatically group them together. Even if the elements in your design are separated, the human eye tends to perceive similar elements in a design as a complete picture, shape, or group. It is influenced by the shape, size, and color of the elements. When objects are mixes with high degrees of similarity with a group of dissimilar objects, the brain will work to create links between them and understand their relationship with each other.

Similarity, as a Gestalt principle in advertising, web and interactive design, and UX design make it clear to visitors which items are alike. It can also be used to make dissimilar elements stand out. Make the most of this natural human inclination by guiding your user’s eye to elements of your design you want to accentuate, such as buttons for calls to action. They are purposefully designed in a different color than the rest of a page in order to draw the visitor’s attention to the desired action. Even small and simple aspects, such as formatting, demonstrates how to use the Gestalt principle of similarity to demonstrate the organization and structure of your site or design.

The principle of proximity is the concept that things that are close together appear to be more related than things that are spaced farther apart. Websites often use proximity to distinguish between an image, headline, description, and other information for each individual story. The space between each element and the space between each individual story can be seen as some Gestalt principle examples.

The most powerful proximity relationships are those between overlapping subjects. However, grouping similar elements close together into a single area can create a strong proximity effect. Keep in mind that the opposite is also true, so beware that putting space between elements may signal separation despite similar characteristics.

UX design often utilizes proximity to demonstrate certain elements belong together without the use of things like hard borders. Proximity quick shows the viewer the organization and structure you have created.

The principle of common region and proximity are closely related. Common region refers to the idea that when objects are located within the same closed region, we perceive them as being grouped together.

Adding borders or visible barriers will create a perceived separation between groups of objects despite the similarity in shape, color, size, etc. or proximity. One of the best Gestalt principle examples is Pinterest. Pinterest uses the common region principle to separate each pin. The photo, title, description, contributor, and other details are each viewed as individual or separate from the rest of the pins around it.

Continuity refers to the principle that elements arranged on a line or curve are perceived to be more related than elements that are not on the line or curve. The human eye will naturally follow the smoothest path and create connects. It doesn’t matter how the lines were actually drawn, it matters what the lines and curves communicate to the viewer. It’s simple to see how to use Gestalt principle in design when it comes to continuity. Thus, it is an extremely valuable tool for designers that want to guide a visitor’s eye in a certain direction. If you want to make the most of the continuity principle, make sure the most vital parts fall within that path and thus within their line of vision.

Amazon uses the Gestalt principle in advertising with its website design layout. Continuity communicates to buyers that the list of products below are similar and related to each other. The horizontal slider, which shows related product listings, is the perfect way to draw the buyer’s eye from one item to the next.

Closure is similar to the figure/ground principle in that it takes advantage of the way the brain processes negative space. When we look at a complex arrangement of visual elements, our brains try to decipher a single, recognizable pattern. This uses the same principles as the idea in which our brains can recognize certain words, even when they are jumbled. For instance, Tehse wrods may look lkie nosnesne, but yuo can raed tehm, cna't yuo? The same idea applies to design. When you look at an image that has missing or jumbled parts, your brain will fill in the missing information and make a complete image that creates a recognizable pattern based on your experience.

The closure principle is commonly found in logo designs at a number of well-known companies including IBM, NBC, Adobe, and Zendesk.

In its most basic form, the principle of closure allows your eye to follow something such as a dotted line to its end. In more complex applications, large chunks of the outline will be missing, but our brains will easily fill in the missing sections to see the complete image.

Common fate is the last of the Gestalt principles in design. It was not originally included in gestalt theory, but has since been added since it’s usefulness In UX design is invaluable. This principle states is based on the idea that people group together things that appear to be moving in the same direction.

This is especially useful in UX as animated effects have become more commonplace and prevalent in design. Elements don’t need to be moving to benefit from this principle, they merely need to give the impression of motion.

Just as a photograph of a flock of birds or school of fish, our brains interpret these individual elements moving as one. Our brains automatically group them together and this concept can easily be applied to your design.

Gestalt principles in design with CloudApp

Creating a powerful design takes practice and a strong understanding of design tools, such properly knowing how to use Gestalt principle in design. The time you take investing in creating a simple and clean design is well worth it, so don’t underestimate the power of Gestalt principle in design. With careful attention to the 7 principles outlined in the article aboe, you will have the key to mastering the art of design.

Gestalt principles can be simply incorporated into almost any design to quickly elevate a design. Learning to incorporate the principles of Gestalt into your design work can greatly improve your approach to designing with a stronger understanding of how the human brain works. A person’s natural tendencies help create a seamless and comfortable interaction with your UX form, website, or other design, even if it’s their first time experiencing it.

At CloudApp, we offer our basic features for free. Take advantage of our online design tool. Whether you work in an office, or you do a lot of remote work, CloudApp is perfect for collaboration or sharing your work. Integrate it with other tools, such as Sketch, Adobe XD, Asana, and Slack for the ultimate internal communication tool.

CloudApp is compatible with Macs and PC. Install the Cloudapp Mac App, Windows App, iOS app, or our Chrome Plugin.