How to Screenshot on Windows: 3 Free Powerful Methods 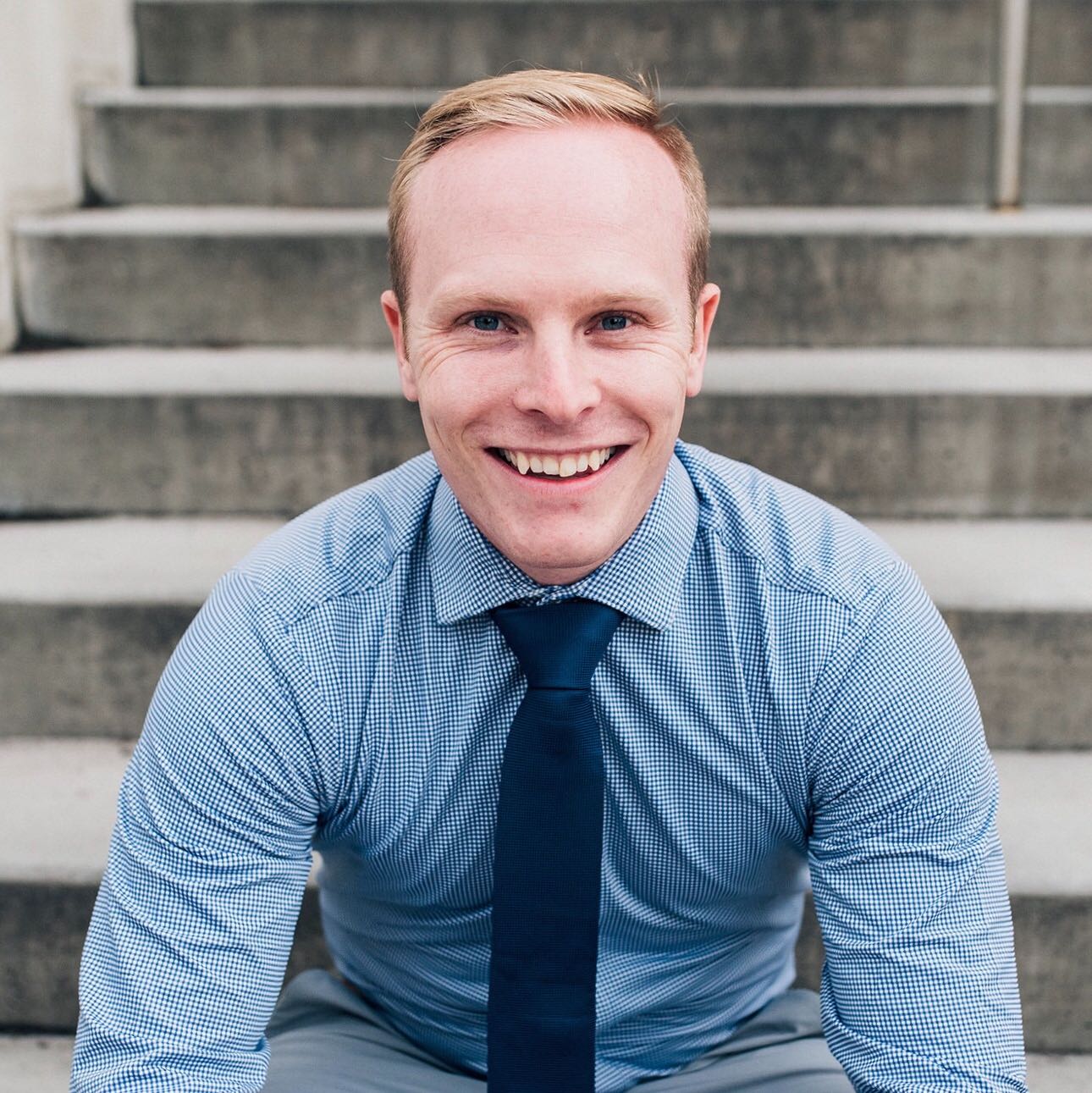 Andrew Thomas
Andrew is a recent graduate in marketing from Utah State University. He is a quant jock and loves bringing data to life
Published
Aug 31, 2020
August 24, 2020
– Updated
Oct 12, 2020

Knowing how to screenshot on Windows is one of the most basic and powerful tools every user should be familiar with.

There are many types of screenshot software you can pay to use, but it’s also very easy to capture your screen and even edit the photos without buying expensive tools.

In this post, we’ll walk you through the top 3 methods for capturing a screenshot on Windows that work every time.

How to Take a Screenshot in Windows

The simplest way to take a screenshot in Windows is to use the key made for this function. Whether you’re using a keyboard on a desktop or laptop, you’ll see one of the keys is labeled either “Prt Sc” or “PRTSC.” When pressed, it will capture a screenshot of your entire screen.

Keep in mind, this method doesn’t allow you to immediately edit the screenshot you’ve taken. You’ll have to open the file inside a photo editor to make any changes. Immediate photo-editing options are available from other methods we’ll explore later in this article.

The Print Screen button can take a screenshot and do 2 things with it:

The Print Screen button varies from keyboard to keyboard, but is usually placed somewhere between F12 and the “Scroll Lock” button.

Desktops will sometimes have a standalone Print Screen button, but oftentimes, especially on laptops, the standalone button is embedded as a secondary function within an existing key and to access it, you have to press and hold the “Function” or “Fn” key, then press Print Screen.

When you simply press the button, it will appear as though nothing happened. But you actually just saved the screenshot to the clipboard. So you could immediately paste the screenshot inside a Word document, for example, or another program that allows you to manipulate and edit the image.

Inside a word processor, you can select the “Edit” menu and click on “Paste” to input the image into the document. Or you can simply press Ctrl and the letter “V.”

If you want to save the screenshot as a file, you’ll have to press a few additional keys.

Press the Windows logo key (the button with four square “windows” arranged on it) and the Print Screen key together.

On Windows tablet, you’ll usually have to press the Windows logo key with the volume down button.

Check the manual or online knowledge base for your specific computer to verify exactly what buttons to press on your machine to capture a screenshot.

Once executed correctly, the screen will dim for a moment, visually indicating a screenshot has been taken and saved as a file on your hard drive.

To access your screenshots, you’ll typically need to navigate to the default “Pictures” folder on the “(C:)” drive and open the “Screenshots” folder.

Use Snip and Sketch

If you want more control over what is captured in your screenshot and prefer to capture a part of your screen rather than everything being displayed, you can use a built-in tool from Windows.

This is a free tool included with every version of Windows 10.

To use Snip and Sketch, press the Windows logo button with Shift and the letter “S.”

Your screen will appear greyed out and your cursor will change to what looks like an enlarged plus sign. From here, you can click the left mouse button and drag anywhere on your screen to capture that specific part of it.

Immediately after releasing the left mouse button, Snip and Sketch will capture the screenshot and save it to your clipboard. Once again, you can paste it into a word processor, photo editor, or other types of similar programs.

But selecting an area of your screen is not the only option available from Snip and Sketch, it’s only one of four.

The other methods are:

Freeform Snip returns your mouse cursor to its original arrow form and instead of letting you capture a part of your screen using a neat square box shape, you can freely capture parts of your screen in any shape you make with your mouse.

Window Snip allows you to simply click any visible window on your screen, such as a browser, and instantly captures a screenshot of that window only, even if many other windows surround it.

Fullscreen Snip works the same as the Print Screen key: it captures the entire screen and everything in it.

The other way to use Snip and Sketch is by selecting the “Start” menu and searching for the program. Once opened, bring your cursor to the upper left corner and click on the bright green dropdown button titled “New.”

If you choose “Snip now,” the Snip and Sketch window will immediately minimize and you’ll be able to drag your cursor anywhere on your screen, just the same as if you press the Windows logo button with Shift and the letter “S.”

But if you want to navigate to other pages or open new programs before snipping a screenshot, you can select the 3 or 10-second timers.

Windows won’t actually display a timer, but after 3 or 10 seconds has passed, Snip and Sketch will automatically enter the grayed-out screen for you to capture a screenshot.

What makes Snip and Sketch unique is the addition of the “Sketch” feature, which lets you edit your screenshots after taking them.

If you press the Windows logo button with Shift and the letter “S” to capture a screenshot, a small notification will appear on the lower right-hand side of your screen when you’re done, telling you that the snip has been saved to the clipboard.

If you click on the notification, it will open the screenshot into the Snip and Sketch program and give you a few options for editing it.

You can draw on the image using a “ballpoint pen,” “pencil,” or “highlighter.”

You can undo whatever you draw using the “eraser” tool.

And you can even make straight lines and circles using the “ruler” and “protractor.”

Of course, you can also crop the image any way you’d like.

Note: Snip and Sketch only works on Windows that have the “Creator’s Update” released on April 11th, 2017.

Older versions will have to rely on the original Snipping Tool that doesn’t have keyboard shortcuts but can be accessed by selecting the program from the Start menu.

How to Take a Screenshot on Windows Using CloudApp

CloudApp is a free screenshot tool with a ton of features you won’t find in many other free software programs.

CloudApp lets you capture screenshots in seconds, and then edit and share almost instantly, allowing you and your team to visually communicate with ease.

Here’s how to use CloudApp’s image capture tool on Windows to capture and edit a screenshot in a few simple steps:

Two things happen immediately after you capture your screen:

The screenshot is saved to your clipboard.

And the screenshot opens up inside the CloudApp editing window.

You can choose from a wide range of editing options for your screenshot through the screenshot editor.

Markup your image with arrows pointing to important information. Underline or separate elements in the image with lines. Draw on the image with a pen, highlighter, circle, and square tools. Or even layer text on top of the image, among many more options.

The screenshot is immediately saved to your clipboard with its own link, ready to share in email, Google Docs, Slack, Asana and more.

It’s clear that CloudApp is powerful screenshot software, but it has a whole lot more to offer…

How CloudApp Can Be Your All-In-One Visual Communication Tool

In addition to our screenshot tool, we bring HD screen and webcam recording, and GIF creation to the cloud in an easy-to-use, enterprise-grade app so you can quickly create and share visual content.

CloudApp is used by over 3 million people and is trusted by top companies such as Uber, Salesforce, and Adobe.

We’ve been ranked by G2 Crowd as one of the top sales enablement tools and we continue to help companies improve communication with all of our solutions.

We believe fast and easy collaboration is a great thing, not only for your bottom line, but for your company culture as well.

And we make it easy for teams like yours to:

And so much more.