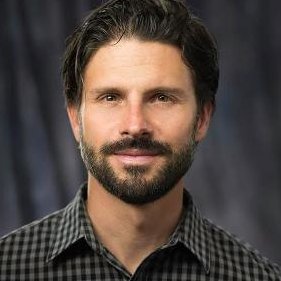 One of the key drivers in the software industry is a constant momentum towards improving productivity, quality, and customer satisfaction - all while continually shortening delivery times.

With this ever-present push for higher quality in less time, automated software testing tools have become a key part of every developer’s stack.

But don’t take our word for it - the recently released World Quality Report 2017-2018 by Capgemini, Sogeti, and Micro Focus identifies increasing test automation as one of the key industry growth trends.

To beat the competition, it’s essential for companies like yours to keep need intelligent automation and smart analytics for faster decision making and validation.

And you need to incorporate smart testing platforms that can adapt to your internal product life cycles and the shifting landscape of consumer technologies.

To help you stay at the top of the game, let’s go over some of the top test automation tools and frameworks in 2018.

Selenium is quite possibly the most popular open-source automated software testing tool for Web applications.

First developed in the early 2000s, its evolved over the years to become a go-to tool for Web app testers who can leverage their advanced programming and scripting skills to tailor Selenium to their company’s products and workflows.

And it requires senior developers to implement as you’ll need to build frameworks and libraries for your specific needs.

Selenium scripts can be written in most of the major scripting languages including Java, Python, PHP, Ruby, Perl, Groovy, and C#.

Appium is an automation framework designed specifically for mobile apps.

It can automate testing of native, hybrid, and mobile web applications.

To do this, Appium converts Selenium commands into native iOS and Android commands - write code once and do cross-platform testing with their API.

And since its built on Selenium, Appium is compatible with all the scripting languages the Selenium WebDriver support.

Robot Framework is an automated testing tool that implements a keyword-driven approach for acceptance testing and acceptance test-driven development (ATDD).

It offers a variety of built-in test automation frameworks while allowing for expansion of its test capabilities with easy implementation of additional libraries, including the Selenium WebDriver.

Robot Framework is easy to learn for testers familiar with keyword-driven testing, and engineers can leverage Robot Framework for web, Android, and iOS test automation.

TestComplete by SmartBear is a powerful commercial automated testing tool for desktop, mobile, and web testing.

It allows test engineers to perform both keyword-driven and data-driven testing, and offers an easy-to-use visual record and playback feature.

TestComplete’s GUI object recognition can automatically detect and update UI objects to reduce the effort it takes to maintain test scripts as the AUT changes.

And it supports various scripting languages including JavaScript, C++Script, VBScript, and Python.

The tool includes advanced features including GUI recognition, reusable test scripts, record/playback, and codeless test creation, that last of which allows engineers new to testing automation to learn and apply it to their projects.

Tricentis Tosca is a model-based test automation tool that offers features that help with continuous testing at scale, including dashboards, analytics, and integrations that support Agile and DevOps methodologies.

The tool helps users optimize the reusability of test assets, and like many other automation tools, it supports a wide range of technologies including web, mobile and API and includes built-in integration management, risk analysis, and distributed execution.

Unified Functional Testing (UFT) has long been a standard among commercial testing tools for functional testing, with features supporting GUI, API, and web testing for applications on any platform.

UFT is built for Windows and uses Visual Basic Scripting Edition to register testing processes and object control, and it integrates with other quality control tools like Mercury Business Process Testing, Mercury Quality Center, and CI so you can easily incorporate it into existing workflows.

Built on the Selenium and Appium frameworks, Katalon supports a variety of skill levels while providing top-notch testing capabilities.

Katalon Studio can also be integrated into CI/CD processes and works flawlessly with other QA tools like qTest, Jira, Jenkins, and git.

And Katalon also offers an analytics suite with comprehensive views of test execution reports so you can ensure your tests are running correctly and quickly find and fix problems.

Their software is built for keyword-driven, data-driven, risk-based, and distributed testing with workflows that support Continuous Integration/Delivery and Agile methodologies.

Plus, with features including web, database, API, and mobile testing, as well as regression test suite maintenance, optimization, and automation - if your software needs testing, TestingWhiz has a tool for it.

Use Visuals to Speed Up Software Testing

The automated testing tools above offer a variety of features, capabilities, and price points to cover just about any need.

While some offer built-in analytics suites to help you more quickly identify bugs and implement fixes, none of them does a great job at facilitating communication among your team to handle those problems.

Which is fine, that’s not necessarily their job - which is why it makes sense to add CloudApp for developers to your software testing tool stack.

Our tool brings annotated screenshots, GIF creation, and screen recording to the cloud in an easy-to-use, enterprise-grade app so you can quickly create and share visual content to solve code challenges quickly.

Plus, we are integrated with popular development tools like Jira and Github to enhance your existing workflows.

Want to learn more? Get started for free with CloudApp